Eric shows off the first shiitake harvested in his new climate-controlled facility.

The journey that will culminate in the return of Shamrock Farm to the Market (this Saturday), began last winter with some difficult decisions.

Eric Murphy was at a tipping point. Should he give up the mushroom farming operation, or go all in and do a complete overhaul of his facilities? Fortunately for us, he decided to go for it; and thus began a truly incredible journey.

Day 1 was posted on April 10 with the new drive cut out and the grade cut for expansion of the new mushroom building. Between rain delays and the contractor being scheduled elsewhere, it was another month before Eric posted an update.

First the framing and walls went up and the roof went on. Then plumbing and geo-lines were laid for the floor heat. Next was insulation and temporary electric. It was the beginning of June before the loop system for the floor was done and concrete could be poured.

The outer walls going up for the new mushroom barn at Shamrock Farm.

Late in June they were able to start building out the inside of the barn and were expecting the spray foam guy to arrive and seal the siding. Interior walls began to go up by mid-July. The electrical was at 50% when Eric ended up in the hospital for four days.

They were already well past the date when we originally hoped to have them at the Market, and we could tell from his updates that Eric was frustrated and anxious, but still excited. He pushed on, and by the end of August he was looking at finishing the AC and insulating the ceiling.

September was spent finishing up a million little details and the first week of October saw Eric finally ordering logs for the mushrooms. Once inoculated, the logs start producing really quickly. So, at long last, we will have Shamrock Farm mushrooms at the Market this week with shiitakes and oyster mushrooms.

To see all of Eric’s updates in detail, check out his Shamrock Farm facebook page, here. 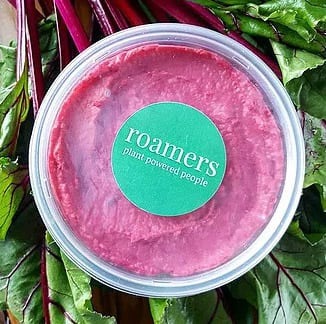