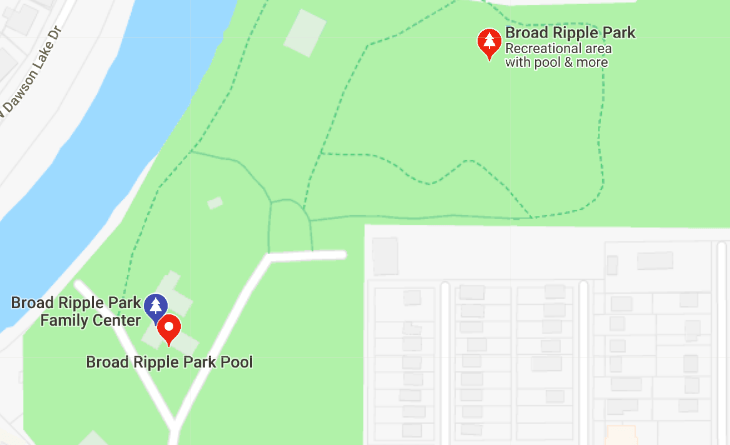 The Bid Selection Review Committee submitted by BR Health Holdings, LLC. Click the link above for all of the details about the partnership, the proposal, etc.

A: The parcel that currently houses the Family Center and its parking lot is being redeveloped via a public-private partnership. The Indianapolis Department of Metropolitan Development is managing the process and recently issued a Request for Proposals (attached in the link above). Potential development partners are currently being evaluated, and a final decision is expected in the near future.

Q: Why would we sell land or privatize our park?

A: The land is not being sold. The land will always remain owned by the City and retain its current PK-1 (Primary Parks) zoning classification.

Q: Who will build and own the family center?

While the City will continue to own the land, it will enter into a long-term ground lease with a selected development team.  That development team would then construct the new Broad Ripple Park Family Center.

Q: Will the facility always be owned by the selected development team?

No, the City intends to acquire the building in 3-5 years.  At that time, the ground lease would cease to exist with the selected development team, and the City would own any structures and assume all leases with existing tenants (i.e., health care partner).

Q: Who would lease the space in the Broad Ripple Family Center?

Once constructed, the development team will lease a portion to Indy Parks for parks programming and activation.  The remaining space will be leased to an ancillary, subordinate health care partner. The health care partner would only run any non-park/public recreation services, such as wellness or healthcare services.

Q: Who is choosing the developer? What’s the timeline?

Q: What other parts of the park will be sold, built on or privatized?

A: None. This project is specific to this parcel, and the intention for this was included in the Master Plan. The Master Plan includes no other such projects. broadrippleparkmasterplan.com

Q: How can I get involved?

A: We want to hear your voice and thoughts on what the new facility should (and shouldn’t) include, how it functions and more. You can contact Indy Parks at (317) 327-7275 or email IndyParksCS@indy.gov.